Did you know you’re on the front page of Reddit?

It’s for reasons like this that I check my phone. As I sat quietly enjoying a mulled cider with some friends at the pub, an old classmate had sent a message to let me know that someone had posted my Grow Your Own Picture demo to Reddit, and it had received over 1000 upvotes in just a few hours.

I suddenly became a bit fidgety and eager to leave. I needed to get behind a keyboard. This post was hot. I was trending. Two hours later and I confirmed my new found internet celebritydom. First Reddit, then Hacker News. For a brief few hours, a tech demo that I had hacked together as a weekend project was front page news on the biggest geek sites around. 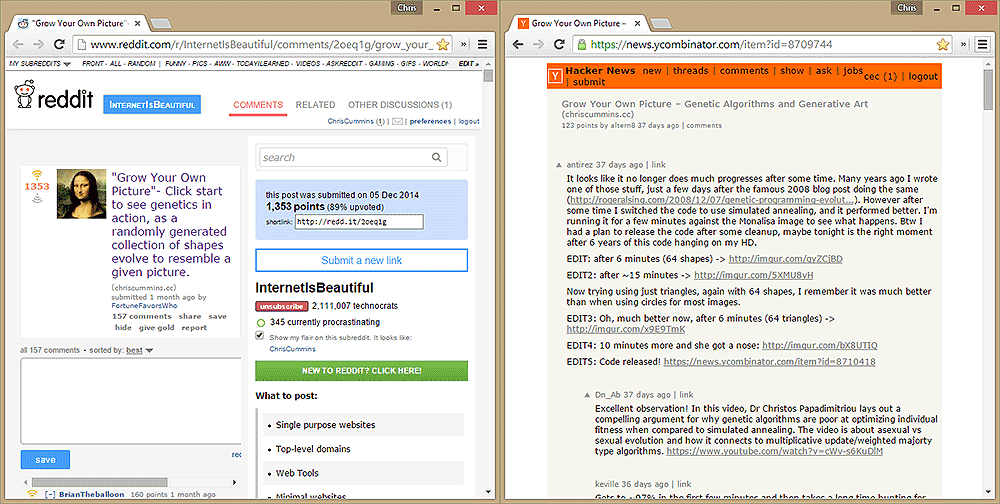 Once the initial excitement and shock had died down, I realised that I actually didn’t have much to do. Sure, I could comb through the comments or repeatedly refresh my site analytics, but ultimately I could just sit and ride this one out. In the quantified age, this is what your 15 minutes of fame looks like: 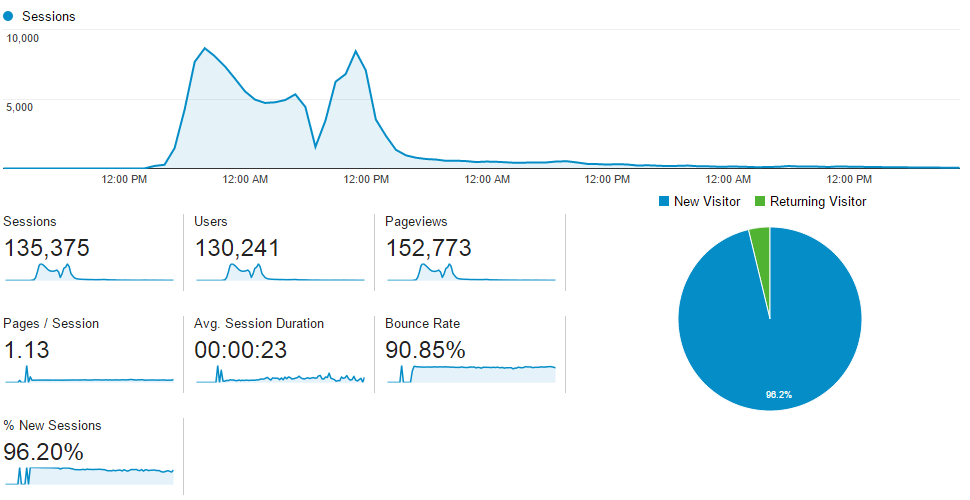 While I fully expected this popularity to be transient, it did surprise me the rate at which traffic disappeared. The half-life of internet hype is short indeed.

A week later, there’s little to show for this except a slightly higher level of background traffic (around 3000 hits a week, as opposed to 30), and a handful of the super-keen who had got in touch about implementing new features or who had starred my GitHub repo.

So what did I learn?

In all, it was a real pleasure and rare experience to be able to share and have scrutinised the fruits of my labour.

A sincere thank you to everyone who dropped by and enjoyed my little demo, and I am so happy to have inspired some people to take their keyboards and start building their own cool stuff! You have made one lowly bedroom hacker very proud.

Grow Your Own Picture